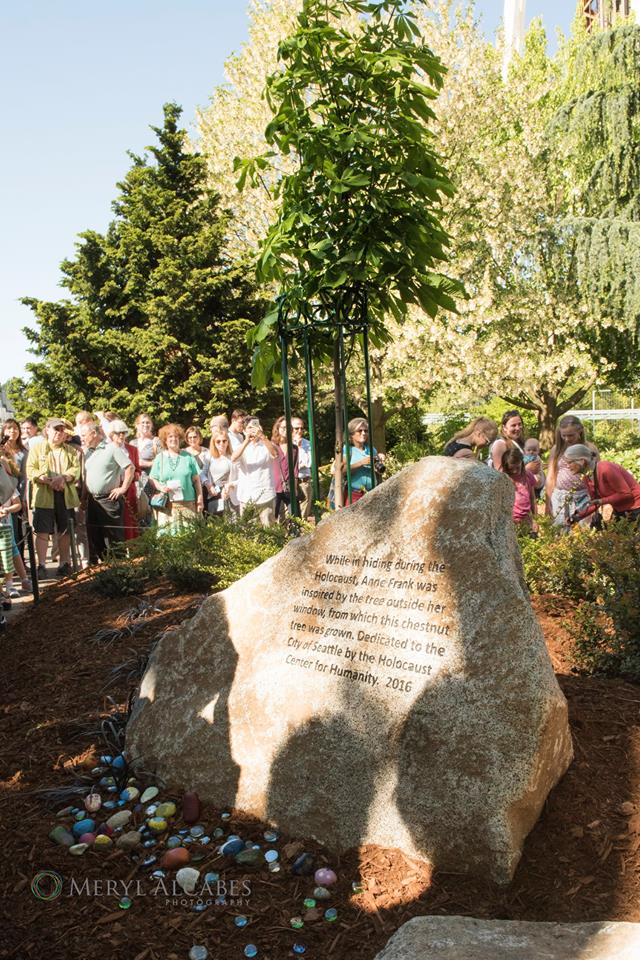 "Our chestnut tree is in full bloom. It's covered with leaves and is even more beautiful than last year." - Anne Frank, May 13, 1944

The Holocaust Center for Humanity is honored to have been selected to receive one of 11 Anne Frank Tree saplings to come to the United States. The tree is planted in the Peace Garden at the Seattle Center.

From her only window to the outside world, Anne Frank could see the sky, birds and a majestic chestnut tree. “As long as this exists”, Anne wrote in her diary, “how can I be sad?”

During the two years she spent in the Secret Annex, the solace Anne found in her chestnut tree provided a powerful contrast to the Holocaust unfolding beyond her attic window. And as war narrowed in on Anne and her family, her tree became a vivid reminder that a better world was possible.

Anne’s tree would outlive its namesake by more than 50 years, before being weakened by disease and succumbing to a windstorm in 2010. But today, thanks to dozens of saplings propagated in the months before its death, Anne’s tree lives on in cities and towns around the world. 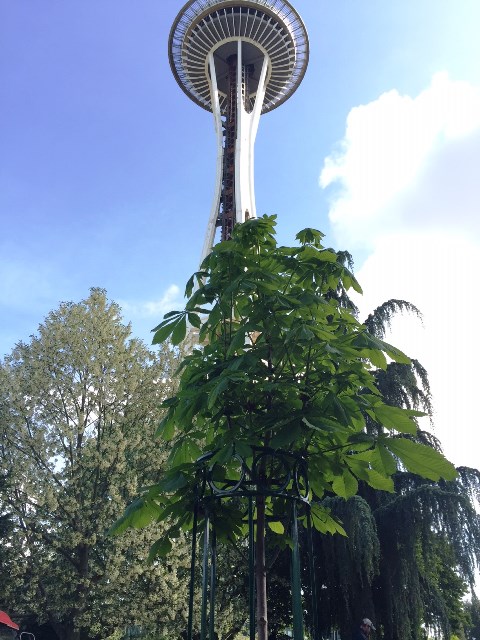 Here in the United States, the Sapling Project brought eleven of these precious trees to specially selected locations across the country. The Holocaust Center for Humanity is honored to have been selected to receive one of these saplings.

After years of special care from Seattle Parks and Recreation, the Anne Frank Tree was planted in the Seattle Center Peace Garden and dedicated to the city of Seattle on May 1, 2016.