“We were forced into the third transport. There were about 86 people in one cattle car. After three days and nights, we arrived at Auschwitz. People talk about the noise, but I remember the silence.” - Maria “Marika” Frank Abrams

Maria Frank Abrams was born into a large and prosperous Jewish family in Debrecen, Hungary on July 21, 1925. Maria spent her childhood summers at a country villa and enjoyed social activities with Jewish and non-Jewish friends. But in the 1930s, as Hungary became increasingly antisemitic, her experiences as a teenager would be sharply different.

“When I was 14, our lives began to change. In 1938, the government passed the first of many laws severely restricting the liberties of Jews. We were reluctant to accept the true meaning of these laws, which meant that we were not considered Hungarians. I guess we lived in a dream.”

When the Nazis invaded in 1944, Maria, already an artist, was just 20 years old. The Nazis and their collaborators forced Maria and her family, along with the Jewish population into a ghetto. They were then forcibly moved in cattle cars to Auschwitz-Birkenau, a death camp in Poland.

Maria continued to sketch while imprisoned inside the concentration camps whenever she was able to get her hands on paper and stubs of pencils.

She contracted scarlet fever in August 1944 and in a twist of fate was put into hospital barracks, rather than killed. She recovered after six weeks. “Much later I met a woman, and she said a week after I left, all the patients were gassed.”

Maria was deported with hundreds of other women to Bergen-Belsen, a work camp in northern Germany, and later, Madgeburg in central Germany. In the first two months of 1945, 752 tons of bombs fell on Magdeburg.  In April of 1954, she was liberated by American troops at Madgeburg, weighing only 68 pounds.

All of her friends and family were murdered in the Holocaust except for her cousin Vera. Together, they applied for scholarships in the United States and received visas to attend the University of Washington in 1947 where Maria entered the School of Art and received her BA and MA. In her long career as an artist in Seattle, she has designed sets and costumes for operas and has had shows in Kobe, Japan; Budapest, Hungary; and throughout the United States.

Maria met and married Sydney Abrams in 1948. Their son, Edward, is a civil rights lawyer in Israel. 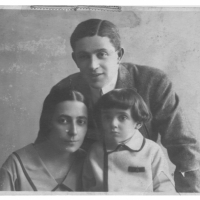 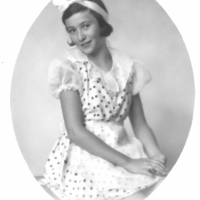 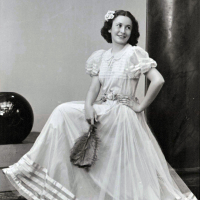 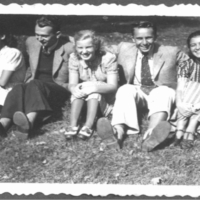 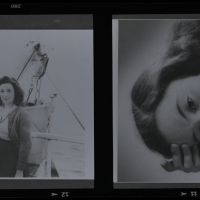