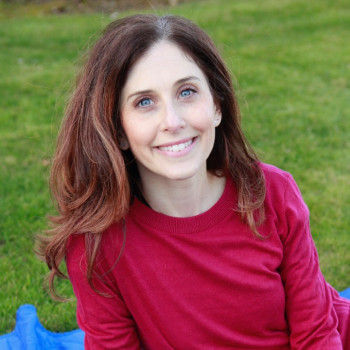 Jessica Fenton grew up in South Florida very close to her grandparents, Natalie and Murray Borenstein. Jessica knew that her grandparents and their friends and neighbors were Holocaust survivors, which drove her to learn more and ensure their legacies lived on.

Murray and Natalie were both Polish Jews. Natalie was born Naska Grunwald in Sosnowiec in 1918. Natalie and her sisters, all skilled seamstresses, sewed for Nazi wives while imprisoned in the Sosnowiec ghetto. Natalie then suffered terrible conditions in several forced labor camps of the Nazis, including a sub-camp of Auschwitz. Natalie was liberated at Ravensbruck concentration camp in 1945.

Murray (originally Motek) Borenstein was born in Lublin in 1919. He survived by escaping the Nazis en route to the Majdanek concentration camp, and subsequently taking on a non-Jewish Polish identity. With his new identity, Murray was able to work for German factories and businesses until the end of the war.

The two both managed to get to a Displaced Persons camp in Stuttgart, Germany in 1945. While there, Murray taught Hebrew, and Natalie was as a student. They met in class and fell in love. The couple married in 1946, and Jessica’s mother Esther was born in Germany in 1948. The family immigrated to New York in 1949, where they raised two more children and worked hard to create their new life. Later , the Borensteins retired to Florida.

As an adult, Jessica dug deeper to learn Natalie and Murray’s past. Jessica collected documents, video, and photos of her grandparents’ lives and shared them with the Holocaust Center for Humanity to create her presentation. She officially joined the Holocaust Center Speakers Bureau in 2020. Jessica and her husband live in Bellevue with their three sons.