“I saw my father marching to the gas chamber, and as he was walking he was saying 'Sh’ma Yisrael Adonai Eloheinu Adonai Ehad.' That was the last time I saw him.” - Bronka Sundstrom

Bronka Sundstrom was born on August 15, 1925 in the historic town of Sandomierz, Poland. She was the youngest of 9 children. When she was in third grade her family moved to Lodz, Poland. Although she was Jewish, she attended a Catholic school. Bronka was in seventh grade when Nazi Germany invaded Poland in 1939. The Nazis rapidly began to implement laws restricting the rights of Jewish people, eventually forcing them to leave their homes and move into designated areas. Lodz, where Bronka and her family lived, was designated a Jewish ghetto. The Nazis forced Jews from all of the surrounding areas into this small town, which quickly became overcrowded, and disease and starvation were rampant.

The Nazis forced Bronka and her family, along with thousands of Jews from the Lodz ghetto, into cattle cars and sent them to Auschwitz, a slave labor camp and death camp. When they arrived, Bronka was stripped of her clothes and her identity, forced to work and given almost no food. Bronka watched as her father was sent to the gas chamber. After 5 days, the Nazis sent Bronka by train to the city of Bremen in Germany, where she was forced to work doing construction. From Bremen she was transferred on foot to another camp, Bergen Belsen.

British troops arrived at Bergen Belsen in April of 1945. There were 60,000 starving and ill prisoners there - one of them was Bronka. The British picked her up and took her to a hospital. When she woke up, she could swear she was in heaven because she had a clean bed and a clean shirt. Bronka and a sister who fled to Russia were the only survivors of the family.

After the war the Red Cross took her to Sweden to recover and regain her health. While there, she met her husband Ake Sundstrom. She described him as her rock.  He taught her almost everything: to cook, ride a bike, drive a car and ski. He made her first pair of downhill skis by hand.

They emigrated to the United States in 1948. They lived with their son Allen in a cabin in Tacoma, WA, and became the oldest climbers of Mount Rainier.  Ake and Bronka enjoyed a wonderful life and retirement together.

Ake, Bronka's husband of 64 years, passed away on May 31, 2010. Bronka and Ake's only child, Allen, died of cancer shortly after Ake died.

Bronka hiked over fifty times to Camp Muir on Mt. Rainier in one season with her beloved husband. At age 91 in 2016 she hiked unassisted from Paradise to Camp Muir and back. (Camp Muir is an 8-10 hour climb at an elevation of over 10,000 feet.)

“If it weren’t for the mountains, I wouldn’t be the person I am today. The mountains teach us of independence, strength, confidence and beauty.” 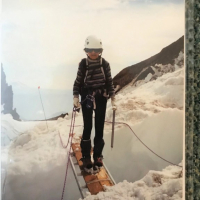 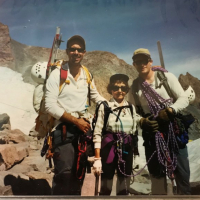 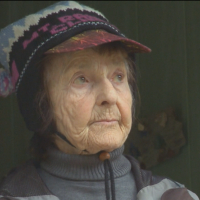 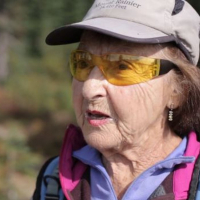 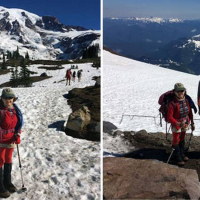 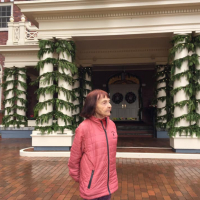 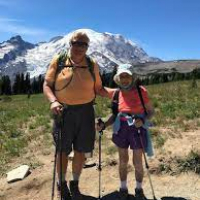 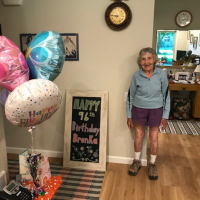