Image:  A cartoon lambasting the turning back of the MS St. Louis, many of whose refuge-seeking passengers perished upon their return to Europe. By Fred Packer, in the New York Daily Mirror, June 6, 1939.  (From ‘Cartoonists Against the Holocaust/’) 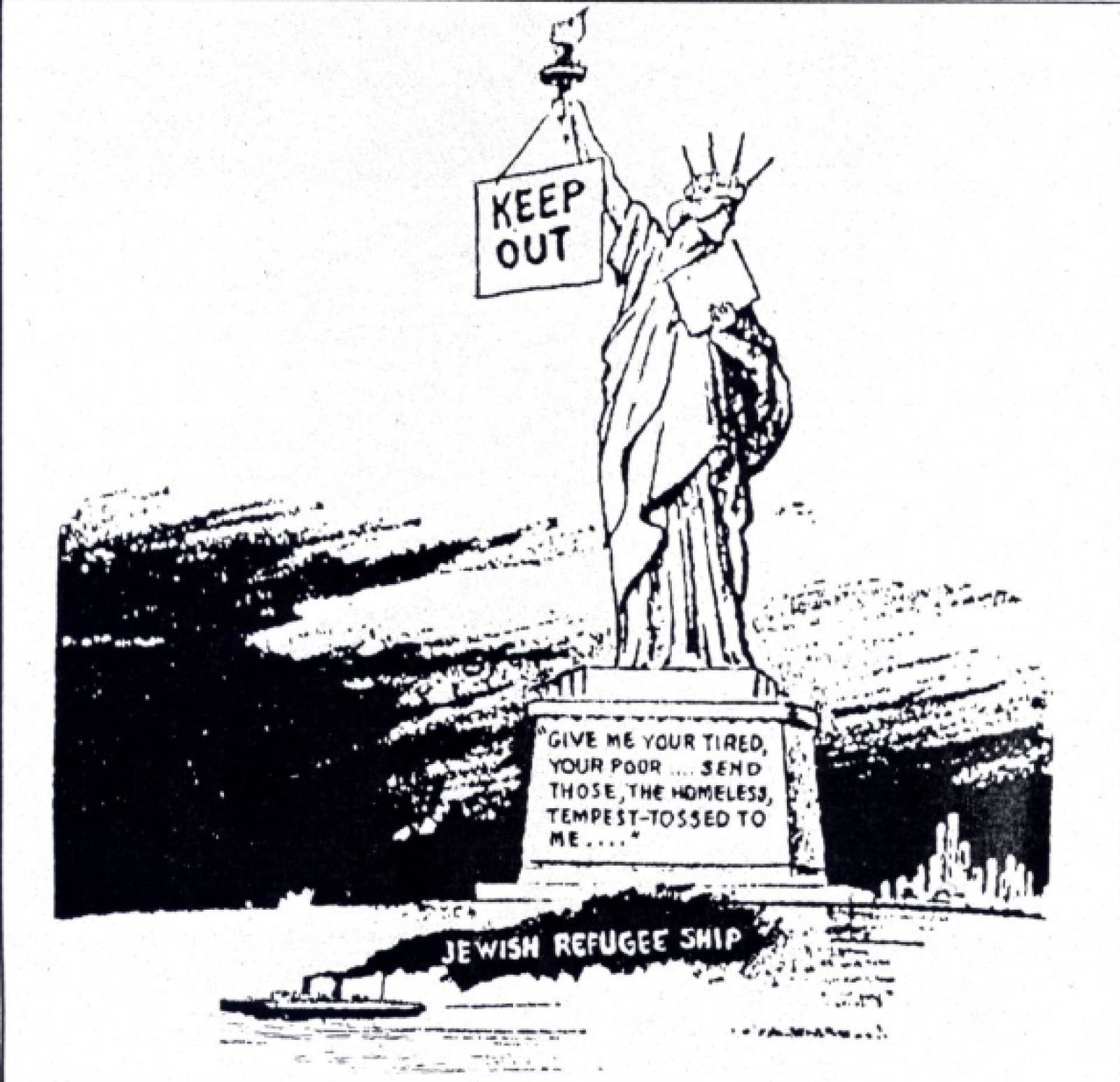 Americans and the Holocaust - Online Exhibition

Holocaust history raises important questions about what Europeans could have done to stop the rise of Nazism in Germany and its assault on Europe’s Jews. Questions also must be asked of the international community, including the United States.

What did the US government and the American people know about the threats posed by Nazi Germany? What responses were possible? And when?

History Unfolded: US Newspapers and the Holocaust

Students investigate what information about the Holocaust was available in their communities by doing original research using historic newspapers found online or in a local library. Through an analysis of their discoveries, they better understand American responses to the Holocaust within the socio-economic and political context of the United States during the 1930s and 1940s. Created by the United States Holocaust Memorial Museum.  Explore History Unfolded Lesson

Americans and the Holocaust: The Refugee Crisis

Interweaving Facing History’s innovative approach to historical inquiry with groundbreaking new sources from the United States Holocaust Memorial Museum’s special exhibition "Americans and the Holocaust," (see above) this unit shifts students’ study of World War II and Nazism to the other side of the Atlantic. The unit deeply explores the motives, pressures, and fears that shaped Americans’ responses to Nazism and the humanitarian refugee crisis it provoked during the 1930s and 1940s. By examining primary sources that range from public opinion polls to personal narratives to radio plays, students will explore why widespread American sympathy for the plight of Jewish refugees never translated into widespread support for prioritizing their rescue. The unit also highlights the stories of individual Americans who did take tremendous risks to rescue Jews, as well as the questions this history raises for taking action in the context of contemporary refugee crises.

Article: America and the Holocaust

Overview article by Facing History and Ourselves with discussion questions at the end, connecting this history to contemporary issues of refugee and immigration policies and attitudes.  Read Article