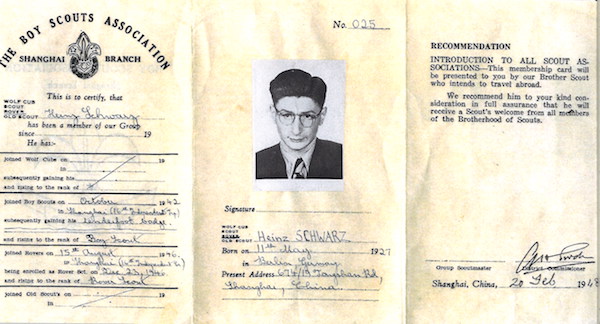 In April of 1939, Heinz Schwarz’s father purchased passage for the family to Shanghai, China, one of the few places that offered an escape for Jews. Heinz turned 12 during the two month journey. They arrived to find cramped quarters and unsanitary living conditions. A Jewish ghetto emerged in Shanghai.  Life was challenging for Jews in Shanghai, but Heinz joined the Boy Scouts, went to school, and participated in social events. Since his family did not know where they would live after the war, Heinz learned English, French, Chinese, and Japanese along with his native German. At the end of World War II five years later, they tried to contact their relatives who had stayed behind in Germany only to find that all had been killed in the Holocaust. In 1948, the family immigrated to the United States and settled in Seattle. 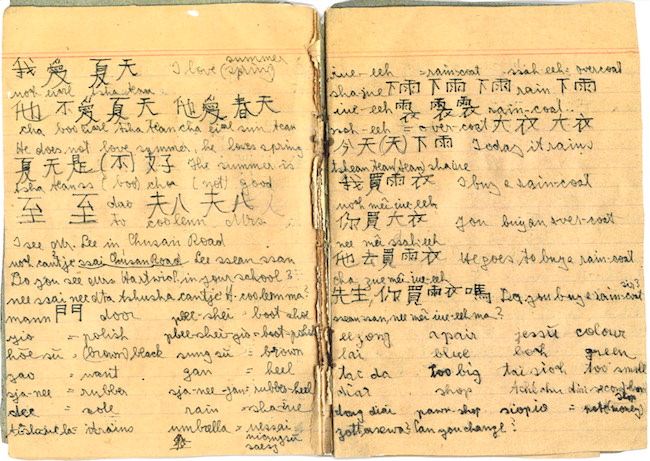