Due to an unforseen scheduling conflict, this program has been cancelled. Please join us next week.

James Gregory, professor of History at the University of Washington and director of the Seattle Civil Rights and Labor History Project, and Shaun Scott, filmmaker and journalist, will explore the history of segregation in Seattle and King County and its ongoing legacy that continues to shape our region.

Racial restrictive covenants made it impossible for African Americans, Asians, and Jews to buy or rent in many neighborhoods. This history haunts our region today resulting in unequal access to housing, wealth, jobs, justice, health, life and death. Zoom link available upon registration.

Thank you to our community partners on this program:

12:00 - 1:00pm (Pacific Time) Every Tuesday - Lunch-and-Learns will be offered at the same time every Tuesday. 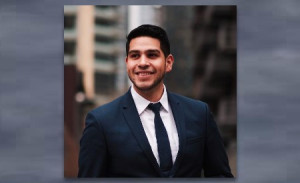 Join Luis Ortega, founder and director of Storytellers for Change, as he delivers an engaging and empowering message about the power of storytelling and story-listening to foster radical empathy, promote dialogue, and to build an inclusive and equitable world. In this virtual presentation, Luis will invite the audience to explore the role of connection, empathy, and belonging in communities. How do we co-create spaces for connection? How can we expand our empathetic capacity?  What does belonging mean to you? A key part of the answer to these questions is stories. After all, what brings us closer to each other is knowing our individual and collective narratives. When a community or society has the ability to know, see, and hear the stories of everyone, we can expand our "circle of human concern" and close empathy gaps.  Zoom link available upon registration.

America and the Holocaust: 3-Part Series

Register for one or all three programs | Flyer (pdf)

Thank you to our generous supporter: The Powell Family Foundation

With Dr. John McManus, Military Historian, who sheds new light on a relatively overlooked aspect of the Holocaust, namely the experiences of American soldiers who liberated or witnessed concentration camps. Drawing on the rich blend of archival sources and first hand accounts, including unit journals, interviews, oral histories, memoirs, diaries, letters, and published recollections that provided the foundation for his book "Hell Before Their Very Eyes," he will discuss the realities of the liberation of Ohrdruf, Buchenwald and Dachau.

With Dr. Rebecca Erbelding, Historian, United States Holocaust Memorial Museum, and author of Rescue Board.  America has long been criticized for refusing to give harbor to the Jews during World War II as Hitler and the Nazis closed in. Yet few know the extraordinary unknown story of the War Refugee Board, a US government effort late in the war to save the remaining European Jews.  In January 1944, facing mounting public pressure and pressure within his administration to do more to aid European Jews, President Franklin Roosevelt agreed to create a new government agency, the War Refugee Board, empowering it to rescue the victims of Nazi persecution.  Over the next twenty months, John Pehle, the young Treasury Department lawyer tasked with heading this operation, pulled together D.C. pencil pushers, international relief workers, smugglers, diplomats, millionaires, and rabble-rousers to run operations across four continents and a dozen countries. They tricked Nazis, forged identity papers, maneuvered food and medicine into concentration camps, recruited spies, leaked news stories, laundered money, negotiated ransoms, and funneled millions of dollars into Europe. This is the story of how the United States War Refugee Board saved tens of thousands of lives.

With Dr. Steven Carr, Indiana University-Purdue University, Fort Wayne, and author of Atrocity Pictures.  Much of the discussion about Hollywood and anti-Semitism has assumed anti-Semitism came out of Hollywood. Less attention has considered antisemitism directed toward Hollywood. With both increasing political instability and the resurgence of organized hate groups in the U.S., anti-Semitic allegations of Jewish control over the media today remain poised to regain mainstream traction. This informal Q&A will discuss how anti-Semitic allegations of Jewish control over Hollywood helped shape popular depictions of Nazism and the Holocaust in mainstream Hollywood film. With the memory of World War I still fresh in the minds of many Americans, along with a growing isolationist alliance against President Roosevelt, the Hollywood studio system throughout the 1930s and 40s found itself caught between intensifying public opinion accusing the industry of either not doing enough to combat Nazism, or accusing it of pushing the country into war to serve Jewish interests. 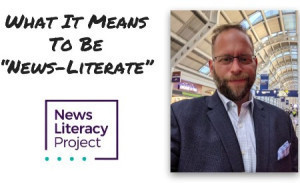 Tuesday, October 27 | What It Means To Be "News-Literate"

With John Silva, News Literacy Project. John Silva will provide an overview of essential news literacy skills to stay reliably informed. He will discuss the difficulty in, and importance of recognizing news vs. opinion, how to identify misinformation and evaluate evidence, and how to discern various types and forms of bias. John Silva is the Sr. Director of Education, Training, for the News Literacy Project. 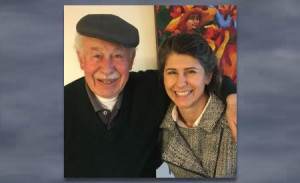 Daughter of Tom Lenda, a child survivor of Theresienstadt, Hana Kern shares her father's experiences. Tom Lenda was one of the very few Jewish children to survive the camp Theresienstadt in Czechoslovakia. 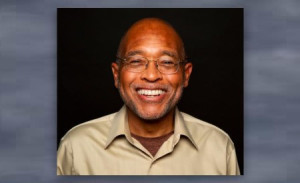 With Professor Clyde Ford, author of Think Black.  THINK BLACK  (HarperCollins, Sept. 2019), began as a memoir about Clyde Ford's father, John Stanley Ford, the first Black software engineer in America. But it soon became something much more, after his editor asked him to investigate his father’s relationship with Thomas J. Watson, the founder of IBM.

The elder Ford had just returned from World War II. He was in school on the G.I. Bill, studying to be an accountant, when Watson hired him into a career at IBM. Was this altruism and a desire for social good on Watson’s part, or was it something more?

Clyde Ford went in search of an answer. Ford was shocked, and deeply disturbed, to uncover IBM’s central role in eugenics, the Holocaust, apartheid, and racial profiling through facial recognition. What began as a story about his father, soon enlarged into a cautionary tale about the dark side of high technology and recommendation about what must change.

Clyde W. Ford is an award-winning author of 12 works of fiction and non-fiction. He’s also a psychotherapist, mythologist, and sought-after public speaker. Clyde’s the recipient of the 2006 Zora Neale Hurston-Richard Wright Award in African American Literature. He’s been a featured guest on the Oprah Winfrey Show, National Public Radio, and numerous television and radio programs. Clyde lives in Bellingham, Washington.