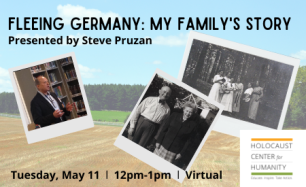 Seattle attorney Steve Pruzan is a long way from his grandparents' farm in Germany, yet he feels a deep responsibility to keep their story of escape to the United States alive.

Steve’s grandparents, Max and Helene Schlonau, owned a large farm in Warmsen, Germany for many generations, a gathering place for nearby family.

In 1938, with Germany under Nazi control, they fled Germany for the United States. Their grandson, Steve Pruzan will share their story of discrimination, escape, tenacity and eventually rebuilding.

Steve, a Legacy Speaker on the Holocaust Center's Speakers Bureau, has done extensive research on their lives in Germany and presents primary sources that reveal just how lucky they were to escape and immigrate to the United States.

One Voice, Two Lives: How Music Saved My Grandfather in Auschwitz 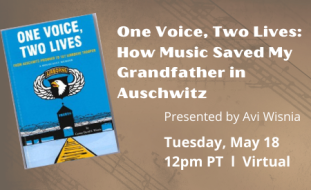 The program explores the importance of preserving David’s stories of survival, as chronicled in his memoir “One Voice, Two Lives.” Avi touches on the Wisnias’ return to Poland to commemorate the 75th anniversary of the liberation of Auschwitz, as well as the powerful intergenerational connection featuring music performed by David Wisnia and his grandson. This story highlights the urgency of keeping the memory of the Holocaust alive and passing on this legacy from generation to generation.

The Train I Missed: A Hidden Child in Holland during the Holocaust 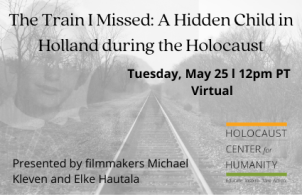 A miraculous story of survival, family and community, the documentary film, “The Train I Missed” follows the journey of retired Dutch businessman, Ernst Van Gelderen, as he revisits his experiences as a hidden child during the Holocaust.

Ernie was a 3-year-old Jewish child growing up in The Hague, Netherlands in 1942 when his parents made the heart-wrenching choice to place him into hiding without them. This begins a miraculous tale of survival and sacrifice set against the horror and tragedy of the Holocaust. Interwoven with the past, Ernst takes us on an emotional journey to revisit the sites of his experiences as a hidden child.

Michael Kleven and Elke Hautala are performing artists who decided to step behind the camera. They have created over 15 film projects together from short form promotional to music videos to feature documentaries. 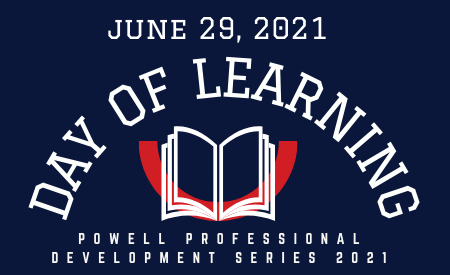 Day of Learning: Essential Lessons for Teaching the Holocaust

Register for one session or multiple. Teaching materials are geared towards grades 5 and up unless otherwise specified. 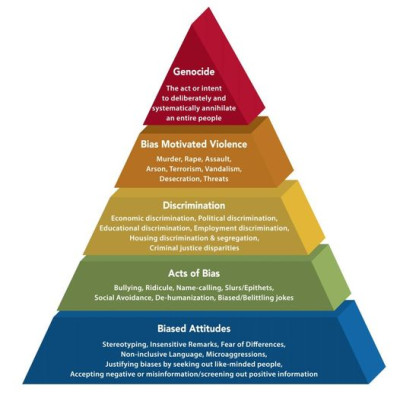 Bias-motivated violence, in addition to genocide, represent mere tips of an iceberg; an end result that is seen.  Beneath what we can see lie attitudes, behaviors, actions and inactions that, if unchecked, create the conditions necessary for that end, tragic result.  Unchecked, those attitudes and behaviors become normalized, with the potential to escalate.  This lesson, with at least two options, engages students to consider that bias-motivated violence and genocide are not inevitable, encouraging them to realize that their actions (and inactions) have consequences, and that they CAN make a difference. 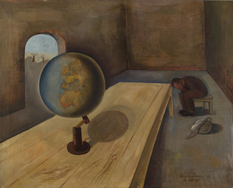 Session 2: Why Didn't They Just Leave?

One of the most frequently asked questions by students when they study the Holocaust is, "Why didn't they just leave?" This lesson challenges students to consider the complexities of leaving, the barriers to entering other countries, the difficult, sometimes impossible, choices refugees must make, and the bias of hindsight.

Kendell Pinkney is a Brooklyn based theatre-maker, Jewish-life consultant, and rabbinical student at the Jewish Theological Seminary. While he was most recently featured in Saturday Night Seder and on the Crooked Media podcast Unholier than Thou, his collaborative works have been presented at venues such as 54 Below, Joe’s Pub, the 14th St. Y, and Two River Theatre, to name a few. In addition to his creative work, he is the rabbinic intern for the Jewish arts and culture organizations Reboot and LABA, and serves on the Spiritual Direction team at Ammud: The Jews of Color Torah Academy. 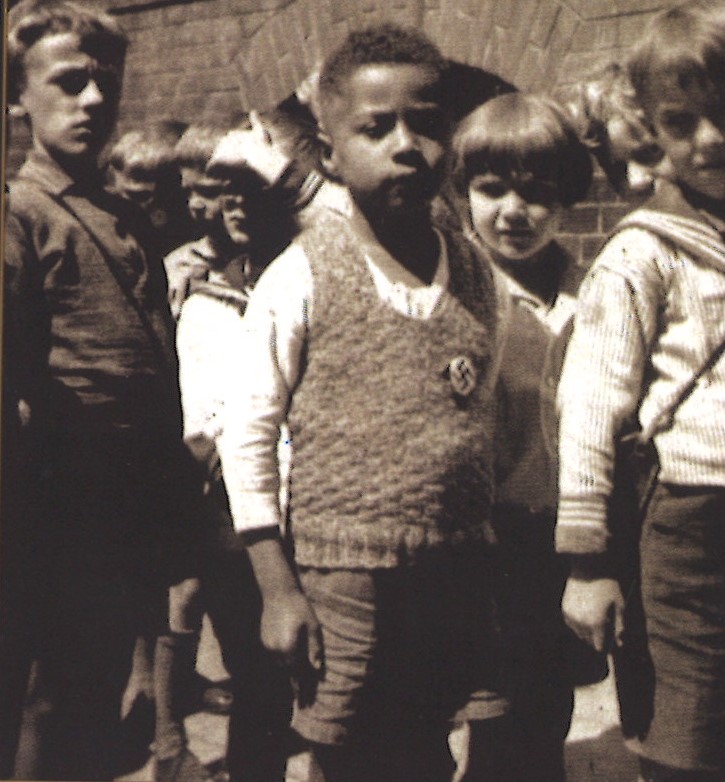 This series of lessons spotlights another group singled out by the Nazis during the Holocaust:  Black people in Germany, also known as “Afro-Germans.”  There were only 20,000 Black people living among a population of 65 million people in Germany in 1933.  Yet, “German authorities routinely and viciously persecuted and discriminated against German residents of African descent,” planning for their eventual disappearance through a forced sterilization policy.

More From Our Community Partners

"Above the Drowning Sea"

Pacific Northwest Premier: A documentary of the epic escape of Jewish refugees to Shanghai

To celebrate API Heritage and Jewish Heritage Month in May, join the National Association of Women MBAs - Seattle as they present the award-winning documentary film "Above the Drowning Sea," directed by Emmy Award-winning director & producer Rene Balcer and narrated by Golden Globe & Emmy Award-winning actress Julianna Margulies. This harrowing tale of the escape of Jewish refugees from Nazi-held Vienna to the safety of Shanghai on the eve of World War II. The film vividly celebrates the heroism and humanity of ordinary people caught in extraordinary circumstances, reminding us today of the threats that face many people today because of identity-based intolerance and violence.
more information & registration

The National Nordic Museum’s Annual Wallenberg Event, initiated by Washington State Senator Ken Jacobsen, is an opportunity to honor Raoul Wall enberg’s selfless humanitarianism, as well as a way to bring together the Scandinavian and Jewish communities to celebrate his inspirational legacy.

The 26th Annual Wall enberg Event will feature Dr. Michelle Facos, Professor of Art History and Jewish Studies at Indiana University. Dr. Facos will give an overview of Jewish life in Sweden around the year 1900, paying special attention to the myriad of Jewish contributions to Swedish national identity. The lecture will give context the world that Raoul Wallenberg grew up in.