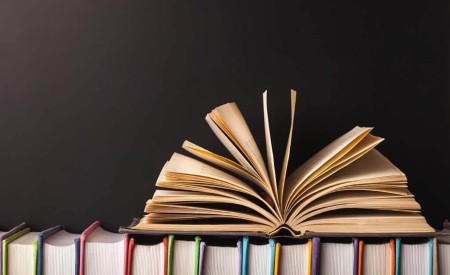 Register below and a Zoom link to join the discussion will be sent to you. Questions? Please email This email address is being protected from spambots. You need JavaScript enabled to view it.. 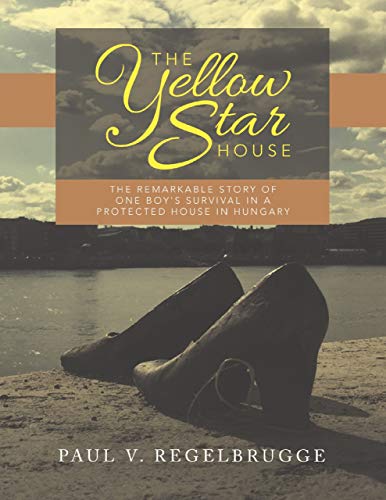 The Yellow Star House: The Remarkable Story of One Boy's Survival In a Protected House In Hungary
By Paul Regelbrugge
Wednesday, September 23 | 4:00-5:00pm (Pacific Time)

Teachers: Earn 1 clock hour for attending. This book is excellent for grade 8 - adult.

Between May 15 and July 9, 1944, over 440,000 Hungarian Jews were deported and, most were murdered at Auschwitz-Birkenau. The sole exception was the Jews in Budapest. In October 1944, Nazi Lieutenant Colonel Adolf Eichmann, with the eager assistance of the Hungarian fascist Arrow Cross party, initiated plans to finish off the Jews of Budapest even as the Soviet Red Army was rapidly advancing, and ultimately laid siege on Budapest in December 1944. This is the story of how one Jewish boy and 400 others were protected in a "yellow star house." The house was converted into a hospital run by Jewish doctors designed to treat everyone -- even their wounded enemies, free of charge. The Jewish residents were ultimately saved in this way by a man who posed as an Arrow Cross officer and risked his own life countless times while over 70,000 Jews were being murdered at the Danube or dying in ghettos. The Yellow Star House is a story of courage, family, hope, rescue and luck.

Author Paul Regelbrugge, a teacher in Spokane, WA at the time, asked survivor Robert Holczer to come and speak to his 6th grade class. His students were enthralled by the unique story of Robert and the motivations of his rescuer. Paul and Robert became friends over the last decade of Robert's life and Paul became one of the few people trusted to record Robert's story.  From these stories and interviews comes Paul's first book, and one of the first books on this incredible story of the rescue of 400 Jews in the middle of Budapest, Hungary: The Yellow Star House.

Kate Boris-Brown will interview author Paul Regelbrugge and facilitate discussion. Discussion will include suggestions for how to use this book with students (grade 8 and up). 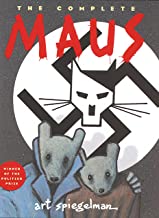 A brutally moving work of art—widely hailed as the greatest graphic novel ever written—Maus recounts the chilling experiences of the author’s father during the Holocaust, with Jews drawn as wide-eyed mice and Nazis as menacing cats.

Maus is a haunting tale within a tale, weaving the author’s account of his tortured relationship with his aging father into an astonishing retelling of one of history's most unspeakable tragedies. It is an unforgettable story of survival and a disarming look at the legacy of trauma.

Discussion led by Professor Lisa Marcus. Lisa Marcus is Professor of English and Chair of the Holocaust and Genocide Studies Program at Pacific Lutheran University.  She teaches several Holocaust-focused courses, including most recently a literature class on Anne Frank as a Holocaust icon, and a seminar on contemporary American narratives of slavery and the Holocaust. Her recent publications include essays on Holocaust survivor and poet Irena Klepfisz, immigrant Jewish-American writer Anzia Yezierska, the Jewish American Girl doll, Rebecca Rubin, and a poem “I did not lose my father at Auschwitz,” based on a trip she took with her father to Poland and Moldova.  Ongoing projects include Finding Zlata Jampolski, which links her grandmother's immigration story to the Jewish American texts she studies, and “Please don’t let this be the ending”: Paula Vogel’s Indecent and LGBT Holocaust history.” 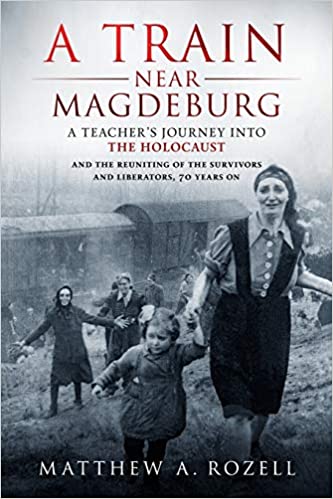 A Train Near Magdeburg: A Teacher's Journey Into the Holocaust by Matthew Rozell
Wednesday, October 28 | 4:00-5:00pm (Pacific Time)

Drawing on never-before published eye-witness accounts, survivor testimony and memoirs, wartime reports and letters, Matthew Rozell takes us on his journey to uncover the stories behind the incredible 1945 liberation photographs taken by the soldiers who were there. He weaves together a chronology of the Holocaust as it unfolds across Europe and goes to the authentic sites of the Holocaust to retrace the steps of the survivors and the American soldiers who freed them. His mission culminates in joyful reunions on three continents, seven decades later. Rozell offers his unique perspective on the lessons of the Holocaust for future generations, and the impact that one person, a teacher, can make.

In this book, the true story behind an iconic photograph taken at the liberation of a death train deep in the heart of Nazi Germany―brought to life by the history teacher who discovered it,  and went on to reunite hundreds of Holocaust survivors with the actual American soldiers who saved them. 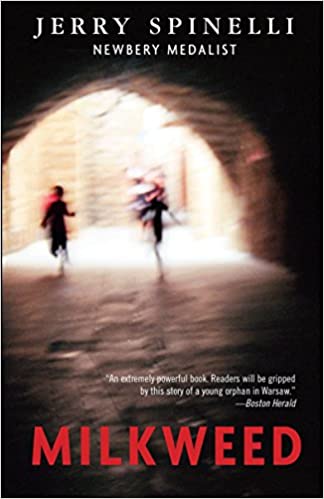 He's a boy called Jew. Gypsy. Stopthief. Filthy son of Abraham.
He's a boy who lives in the streets of Warsaw. He's a boy who steals food for himself, and the other orphans. He's a boy who believes in bread, and mothers, and angels.
He's a boy who wants to be a Nazi, with tall, shiny jackboots of his own-until the day that suddenly makes him change his mind.
And when the trains come to empty the Jews from the ghetto of the damned, he's a boy who realizes it's safest of all to be nobody.

Newbery Medalist Jerry Spinelli takes us to one of the most devastating settings imaginable-Nazi-occupied Warsaw during World War II-and tells a tale of heartbreak, hope, and survival through the bright eyes of a young Holocaust orphan.

Discussion led by Paul Regelbrugge will include how to use this book with students (for grades 7 and up), and related educational resources. 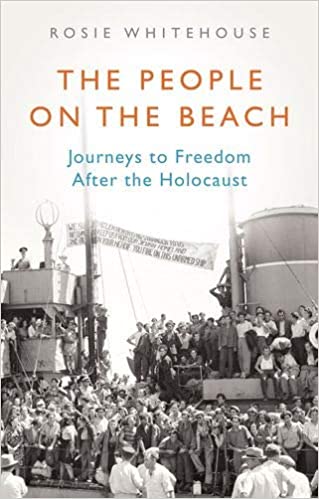 The People on the Beach: Journeys to Freedom After the Holocaust
by Rosie Whitehouse
Wednesday, December 9 | 4:00-5:00pm (Pacific Time)

One summer's night in 1946, over 1,000 European Jews waited silently on an Italian beach to board a secret ship. They had survived Auschwitz, hidden and fought in forests and endured death marches--now they were taking on the Royal Navy, running the British blockade of Palestine.

From Eastern Europe to Israel via Germany and Italy, Rosie Whitehouse follows in the footsteps of those secret passengers, uncovering their extraordinary stories--some told for the first time. Who were those people on the beach? Where and what had they come from, and how had they survived? Why, after being liberated, did so many Jews still feel unsafe in Europe? How do we--and don't we--remember the Holocaust today? This remarkable, important book digs deep and travels far in search of answers.