Agi Day (nee Zagorka Herzog) was born in Belgrade, Yugoslavia on May 13, 1940. When the Nazis invaded that country in 1941, she and her family fled, walking 196 miles to Budapest, Hungary where the country’s leader, Admiral Miklos Horthy, had vowed that Hungarian Jews would not be deported. Agi’s father, a Serbian Jew, was not protected by this pledge. Consequently, he fled in 1942 to hide in the countryside. In March 1944, however, Germany occupied Hungary, and the Nazis, with the zealous cooperation of the local gendarmerie, and later, the fascist Hungarian Arrow Cross party members, began deporting nearly 440,000 provincial Hungarian Jews to concentration camps, most to Auschwitz-Birkenau.

Agi’s mother convinced a local priest to hide Agi, age 4, Veronica, age 16, herself and her mother in the priest’s apartment for six weeks. Subsequently, he found a hiding place in a convent for the two adult women and Agi’s sister. Agi, being too young to be hidden in a convent, was sent to live with two different Catholic families who passed her off as their cousin from the countryside. Agi was not reunited with her family until after liberation, which occurred on May 1, 1945. However, in 1946 they fled Hungary to escape Russian communism.

For over a year, they resided in a Displaced Persons Camp in Bad Gastein, Austria. From there, Agi and her mother moved to Salzburg, where her sister was already living. In 1949, Agi’s mother immigrated to Canada where she worked to save money for Agi’s passage. During the two years they were separated, Agi resided with her father in Vienna, Austria. She immigrated to Toronto, Canada in 1951 to be with her mother.

View video testimony clips of Agi Day, see photos of Agi and her family, and read more on the Survivor Encyclopedia: Washington State. 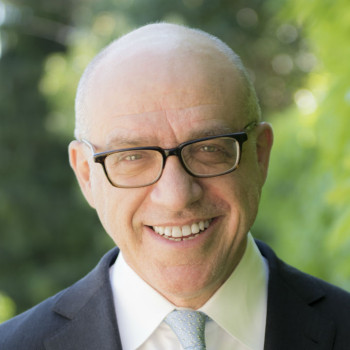 Steven's grandfather was saved by Oskar Schindler. In addition, Steven's father and extended family were hidden by courageous non-Jewish people after escaping the Krakow ghetto, .

Steven's father Martin Baral was part of a large Jewish family from Krakow, Poland. In 1941, the Nazis forced the family and the Jewish community into the Krakow Ghetto. Martin and his younger brother, only 11 and 7, escaped the ghetto and bravely survived on their own before being taken in by a Polish woman. The brothers were later reunited with his mother, sister, and three cousins. All seven fled to Hungary, were sheltered by a Christian woman, and eventually connected with their father in Palestine (now Israel). Steven’s grandfather was one of the lucky few saved by the famous factory-owner, Oskar Schindler. Altogether the Baral family owes its survival to four different courageous non-Jewish rescuers.

Steven now lives in Seattle and received the Holocaust Center's Voices of Humanity Award for his service to the Center in 2016. Along with being a member of the Center's Board of Directors and a Legacy Speaker, he is a business owner and father of four.

Grandchild of four Holocaust survivors, Arik Cohen tells their stories of perseverance, luck, and resilience while calculating the incredible odds of their survival.

Arik's maternal grandparents, Arye Schneider and Masha Klein, were born in Lithuania. Arye was born in Šaukėnai (Shukyan), Lithuania, where in 1941 nearly the whole Jewish population was murdered. Arye escaped and made his way to the Siauliai (Shavli) ghetto, where he met his wife Masha, a teacher who hailed from Neverenai (Nevaran). After the Shavli Ghetto massacre in November 1943, Arye and Masha hid in the woods for eight months until the Soviet Army liberated Lithuania.

Arik's paternal grandparents were from the Transylvania region in Romania. His grandfather Emil Kohn grew up in Suplac, while his grandmother Eva Hirsch was from Gherla. In May 1944, Emil and Eva were in Oradea when the ghetto was formed along with 35,000 other Jews, and not long after they were both deported to Auschwitz. After being separated upon arrival at Auschwitz, Eva was then sent to Stutthof to be used as slave labor, until she was forced on a death march in  January 1945 and eventually liberated by the Soviet Army. Emil was liberated from Buchenwald in April of 1945 and found his way back to Eva.

Amazingly, both couples ended up living in the small beach town of Nahariya, Israel, and two of their children (Arik's parents) met and married. Today Arik lives in Bellevue, works at Microsoft, and shares his grandparents' stories.