NEW! Best Practices for teaching the Holocaust. Includes suggested outlines, activities, lessons, videos - can be used for online/remote teaching or in the classroom. Learn More!

Live Virtual Field Trips - For grades 6 and up. 30 minutes. Docents can tailor the material to your class and answer students' questions. Learn More!

NOW OPEN! The museum is now open on Sundays from 10am-4pm.  Plan your visit!

Book by Book: Free Books For Students!  Building a future of empathy and respect one book at a time.  To request a book or support the program  CLICK HERE! 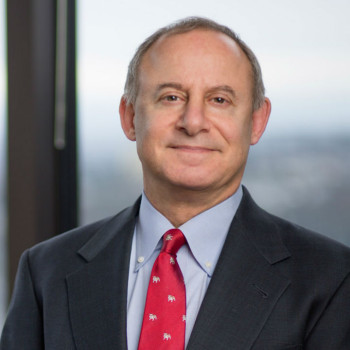 Ron Friedman is the son of Herbert Friedman, born in 1924 in Vienna, Austria.

“It is important to remember an event such as the Holocaust. It is a reminder to us all of the evils of bigotry and humiliation of others. Unfortunately, there are many holocausts in the world — both big and small — which have occurred since, and continue to occur. And it is left to ensuing generations to resonate the lessons of history.” – Ron Friedman

Herbert Friedman escaped from Vienna at age 14 aboard the Kindertransport. This event, and the ensuing years before Herbert’s emigration to America, were the defining moments of his life.

Herbert's family traveled from Radom, Poland to Vienna in the early 1920s. At the time, Jews played a central role in Viennese culture.

Herbert had a happy childhood. He attended public school during the day and Hebrew school at night. His mother stayed at home, and his father worked as a shoemaker. They lived in an apartment in a middle class neighborhood of Vienna and Herbert had many friends, Jewish and Christian. Herbert loved to swim, including in the Danube River in Vienna, known for its strong currents. At the age of 12, Herbert and another youth saved a young women from drowning in the Danube.

In March 1938, Austria fell under Nazi occupation and became part of the German Republic and the lives of all Jews came under threat. Herbert was immediately expelled from school by the Nazis, and Jews all over the region suffered. A particularly brutal act of anti-Jewish violence occurred in November 1938, Kristallnacht , when Jewish shops were smashed and looted, synagogues burned, Jewish businesses dissolved, and hundreds were arrested and taken away, never to be seen again.

Following Kristallnacht , Herbert knew there was no future life for the Jews of Vienna and he resolved at the age of 13 to escape. Through a series of unlikely events, Herbert was able was to meet an organizer of the short-lived Kindertransport (Childrens’ Trains) and to become a passenger on the first train of ten that left Vienna. The Kindertransport is credited with saving 10,000 children in Europe from facing a certain death in the gas chambers of Europe. Only 10 trains escaped before the Nazis ended the Kindertransport . Herbert was lucky to be among them. In the end, 1,500,000 children are estimated to have died in the Holocaust. Nine out of 10 of the children who were fortunate enough to have escaped on the “Kindertransport” never saw their parents again. Herbert took refuge in England throughout the war years, and was extremely lucky to have his family join him there before all immigrated to the U.S.

The pre-war years in Vienna and the Kindertransport were the defining moments of Herbert’s life.  They affected him through courageous service in the U.S. Army in both WWII and the Korean War, raising a family, and successful career as a pharmacist.

Ron Friedman is now a second generation speaker and an attorney in Seattle.

Rolf was born in Krefeld, Germany in 1927. Krefeld served as a hub for surrounding Jewish communities. Before 1933, there were 1,500 Jewish people living there. In 1933, when Rolf was only 6, the Nazi Party gained power in Germany.
Rolf’s memories include the fateful night of Kristallnacht on November 9, 1938. Nazi soldiers banged at the door of his parents apartment demanding to be let in. They stormed into the apartment ready to arrest Rolf’s father. Rolf’s father ran into his office and pulled out his Iron Cross medal for valor in World War I.

Luckily, this time the Nazis left, but 30,000 Jewish men were arrested in the next few days.

The Gompertz family was fortunate to find a distant relative in Los Angeles who provided them with an affidavit to sponsor the family. They arrived in Los Angeles in June of 1939, just a few months before war broke out between Germany and Poland and deportations of Jews began.

Rolf entered the United States as a refugee. He started school in sixth grade barely speaking English, but grew up to be a journalist and author. He returned to Krefeld in 1987 to tell his story to adults and students. Rolf has also told his story to students in Los Angeles.

Rolf is very proud that his son, Ron, has decided to continue his mission of educating students about the Holocaust as a member of the Holocaust Center for Humanity Speakers Bureau.

Ron himself works in the Seattle area in the tech industry. In 2017, he published the novel Life's Big Zoo.

Henry Haas was born to two Jewish families in Berlin Germany on April 8, 1938. In July, 1938, his parents Ivan Hans Haas (later John) and Gerda resolved to escape but had no way, literally, to immigrate to any country in the world. They fled for 12 months, traveling first to Slovakia, then the Czech Republic, Italy, Holland and France. Finally, in July 1939, with the assistance of a Jewish Refugee organization in Paris France, they were able to secure tickets on a ship to Shanghai, China. This was the only port in the world, which, from 1933 to 1941, admitted approximately 17,000 Jews. The Haas family ship journey took three weeks, traveling from Marseille, France to Port Said Egypt, through the Suez Canal to Djibouti on the horn of Africa, and eventually to the port of Shanghai. A city of 6 million at that time, the Haas family arrived in Shanghai without funds, in a temperature of 105 degrees Fahrenheit, and encountered an entirely foreign culture.

The following eight years were spent under Japanese occupation, living in an area that became the “Ghetto of Hongkew”, with their home being a single small room – no bathroom, no toilet, and no kitchen.

In 1947, two years after the end of WWII, the family arrived as non-English speaking refugees, in San Francisco. The Hebrew Immigrant Aid Society (HIAS), helped the Haas family to come to America. First they settled in Portland Oregon, then Centralia Washington, and, finally, in Tacoma Washington.

Kate, Henry’s wife, born and brought up near London, England, came to Tacoma at age nineteen for a visit and stayed. Kate Haas has written the Haas family story in great detail. Together, Henry and Kate, with the use of photos, maps, and historic family documents, tell the story. Henry and his late mother Gerda, who lived to age 98, told this story for many years to school classes and other groups in the Tacoma area. Now, Henry has joined the speaker’s bureau to further share this memoir of anti-Semitism, during the Holocaust.

Tom Lenda was born Tomas Lustig in 1936 in Plzen, Czechoslovakia (now Czech Republic). Tom’s father, Pavel (Paul) Lustig, was born in Domazlice, Czechoslovakia in 1904. The Lustig family moved to Plzen shortly after Paul was born. Tom’s mother, Irene Spitz, was born in Austria in 1909. Her family later moved to Decin, a city north of Prague.

The Lustig family was warm, loving, and hard working. Tom’s father Paul was educated in commerce and also attended a textile college in England. He was fluent in several languages and was an established textile manufacturers’ representative when Tom was born. Tom’s mother worked as a certified nurse in a hospital until her marriage. The Lustig family was part of a close-knit clan that was well established within the Czech community; they considered themselves proud Czechoslovak citizens of the Jewish religion.

The Nazi invasion of Czechoslovakia became a reality for the Lustig family on March 15, 1939. Little Tommy was almost three years old. Three years later, the family was sent to Terezin (Theresienstadt), a concentration camp 40 miles north of Prague.

The Lustig family was separated after their arrival at Terezin. Tom was placed in a heim (home) with other children. Irene started work as a nurse in the camp hospital, also her living quarters. Paul was assigned to a transportleitung (transportation) group and was deported to Auschwitz in fall 1944. Toward the end of the war, when the Soviet Army approached the camp, Paul escaped from Auschwitz with a small group and joined the Czechoslovak army. After liberation, Paul came back to Terezin to retrieve his family on May 25th, 1945, and the three were reunited.

Hana was born to Rose and Tom Lenda in 1966 in Czechoslovakia. The Lendas escaped from communist Czechoslovakia to Germany in 1968 and then moved to Australia before arriving in the United States in 1975. Tom's book, Children on Death Row, was published under his birth name, Tommy Lustig.

Today, Hana is an attorney in Seattle and has two children. For years, Hana helped her father with his presentations in schools. She is proud to carry on her father’s story, and officially became a member of the Speakers Bureau in 2019.